Ok ... I was all excited about moving from my antiquated 3G iphone to iphone 4 (yes minus the sibilance) with its touch-to-focus screen. But the flash photos are so bright and queasy looking, and have this yellowish tinge which somehow reminds me of the detritus of liposuction.

And what a greeaaat way to start a blog post about food!!

We recently caught up with our good friends for a mid-week impromptu dinner (some amongst our party are lucky enough to enjoy a surfeit of holidays) at Small Victories.

Not quite a year old, this unassuming eatery on Rathdowne Street (which is fast becoming a mecca for foodies and not-so-hip hipsters), is already garnering praise from the uber cool sub-set of Melbourne foodie culture - the Melbourne brunchers!

I can't really comment on Small Victories' brunch offerings as we were there for dinner - its the same sharing plate palaver - but the prices aren't going to give you a wedgie.

We began with a plate of the Ewes Milkc Cheese Croquettes served with Honey ($9). I've written about my inability to computate savoury and sweet together in an equation before, so this tasted like one of those indian milk sweets, usually served in thick sugar syrup, to me. Or like something you would eat to break your fast (for those of you who are in the habit of fasting for religious purposes). Very jarring for me! But I believe that for those without this mental handicap, the combination of the milk cheese was nicely complimented by the smoky sweet flavour of the honey. 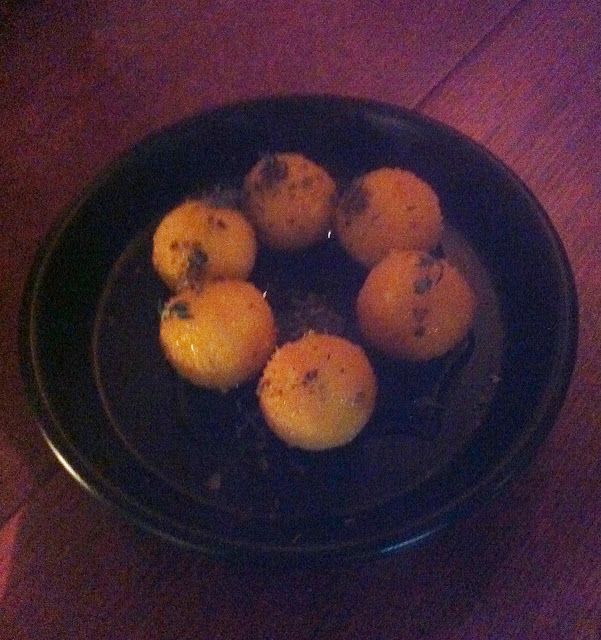 Another starter was the Poon Boon Lamb Ribs served with Sesame Salt, Black Tahini and Quince Aioli ($16). The Lamb rib was cooked to perfection, but I'm not sure that the added flavours in the tahini and Aioli really gelled that well. I didn't quite like the lamb with the Aioli, and the Black Tahini on its own lacked a little bit of character. So I'm a little unsure of this dish. 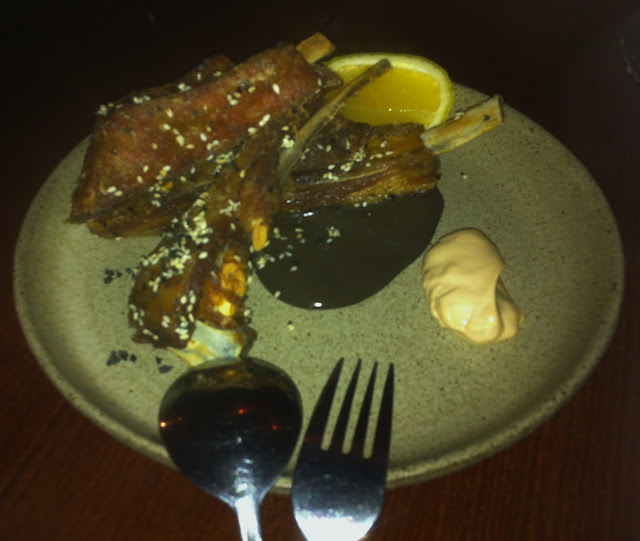 The crowning glory of the "smalls" was the Korean Fried Chicken ($16). This was great and very well balanced. The accompanying sweet syrupy sauce was not overpowering, and you got the perfect umami hit from the batter and crunch of the chicken skin. Will certainly come back for this. 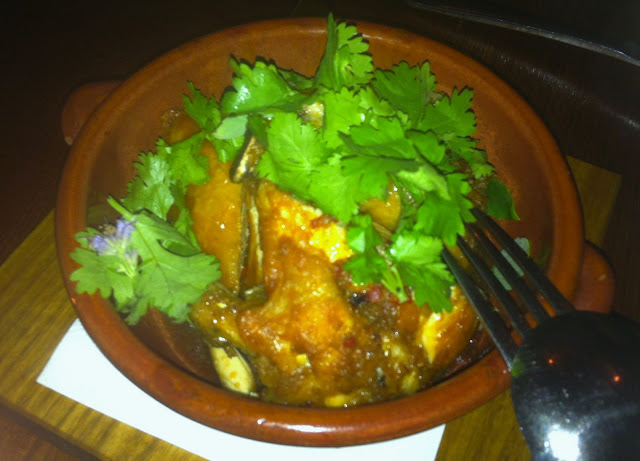 Moving onto the mains, we shared the Char Grilled Quail Breast served with Cherry Escabache, Buckwheat Brioche and Pistachio Crisp ($26). Quail was ignored once, then was briefly on-trend, and now it seems to be receeding quietly in favour. But I think it should become as much a staple on menus as duck was. It is so versatile a meat, and this dish, despite its colourful menu description, is a simple dish with simple flavours. The brioche which had more a texture of stale bread crouton pieces before they are fried was a great touch. And helped to mop up all the yummy juices on the plate. 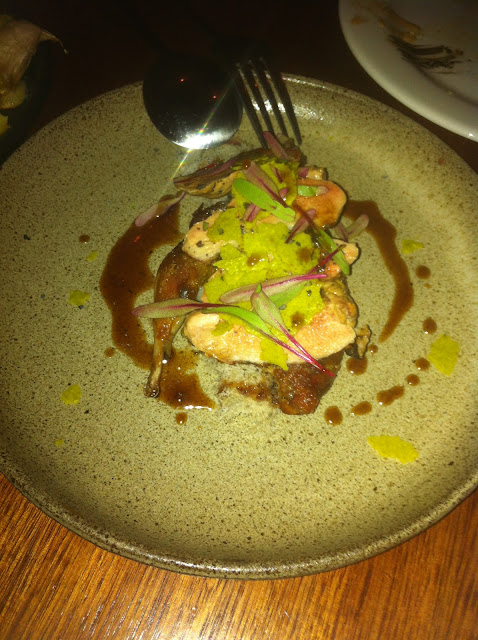 We also had the Fish of the day (sorry I can't remember what it was) served with celery, scallion (hhmm!!!) and raisin ($26). The Fish itself was cooked to perfection, and celery always lends a heady aromatic counterpoint to white meat, but those raisins were, to put it mildly, off! Unless you are partial to a handful of fishy flavoured raisins, in which case, go for your life. But don't be put off by the raisins, as they do not overpower the dish. You can simply put them to the side and enjoy the rest of it. 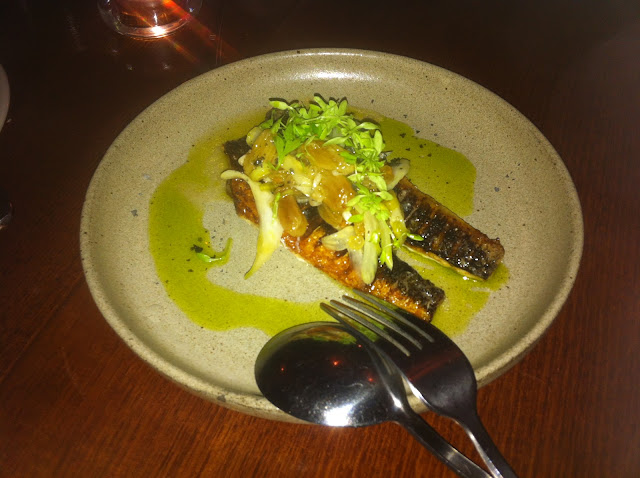 For sides, we ordered the Heirloom Tomatoes served with Quark, Basil and Rye Crisp ($14) and the Duck Fat Potatoes served with garlic and herbs ($10). KH commented that for the price and the timbre of the establishment, she found the heirloom tomatoes surprisingly lacking in flavour. I agree in part. If I was putting this dish together I probably would have stuck to one kind of tomato as opposed to using a smattering of different types. Individually their flavours shone through, together ... not so much. 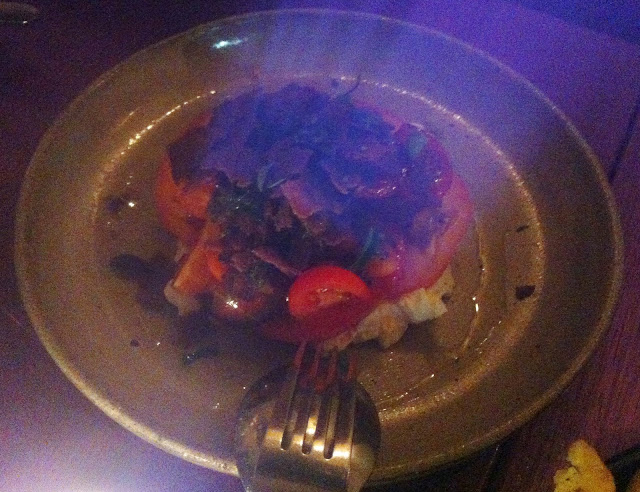 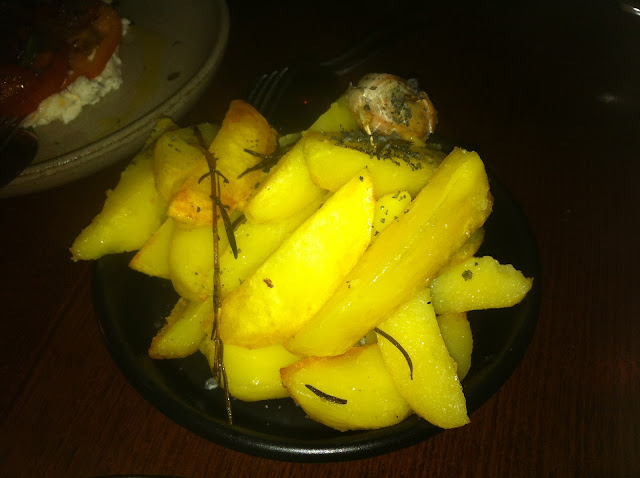 I can't in all honesty say I would be rushing back for dinner. I'd probably treat this more of a casual place to drop by perhaps for a light lunch, a bit of brunch, or as the day comes to a close, a few sharing plates to help with the alcohol. But if you haven't been, then its worth checking out. Don't forget the Korean Fried Chicken!!