Ok ... after an emotional roller coaster ride of a week, we needed some pampering on our CBA Friday night. But we didn't feel like travelling far, so dishing the laminex and soft palates of Hopkins street, we veered right along Barkly and ended up at Gusto. 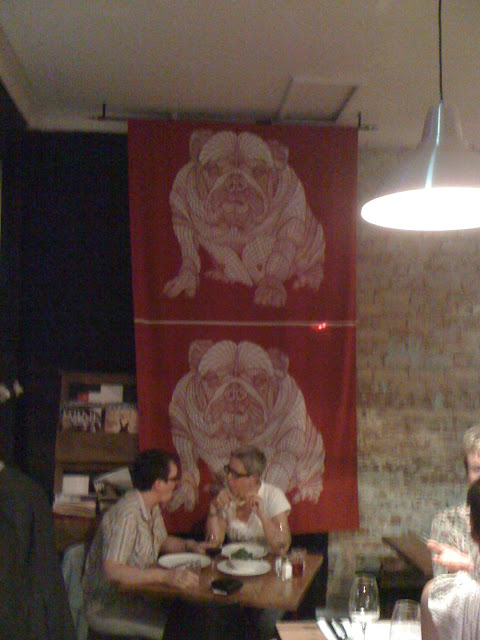 This is the tail end of the Little India of the West, but it does command a sizeable corner and on a faux-Spring night like last night, it was wonderful to sit outside despite the fact that seating consisted of stools, and the roaring traffic on busy Barkly Street.

Our Scottish waitress reminded us a bit of Zoey from Nurse Jackie, both in looks and demeanour. Maybe because we were all cheeky chatter, she thought that we could cope with her quirky humming everytime she served something at the table ... well lass, you thought wrong!! Aah but she was lovely. And the food wasn't that bad at all. The shoe string fries were suitably crunchy and the aoili was competent, although M wanted a bit more mustard ... surprise surprise! 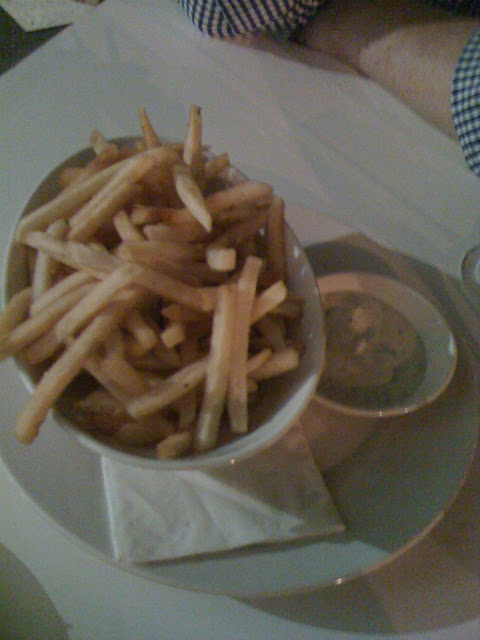 We opted for the Pizza Bianchi options, mainly because of the toppings. We had 2 mediums  - 9" (there are no smalls) - The Smilng Assasin which consisted of Broccoli, Italian Pork Sausage, mozarella, garlic with a hint of chilli and lemon: 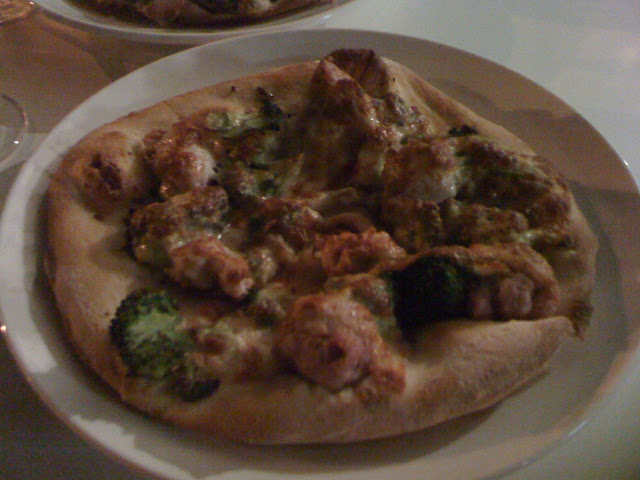 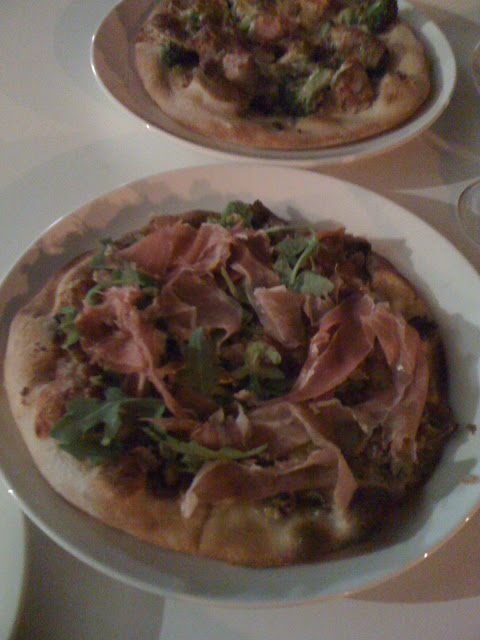 We also had the Caponata as a side which is basically a ragout of seasonal vegetables with thyme and red wine vinegar: 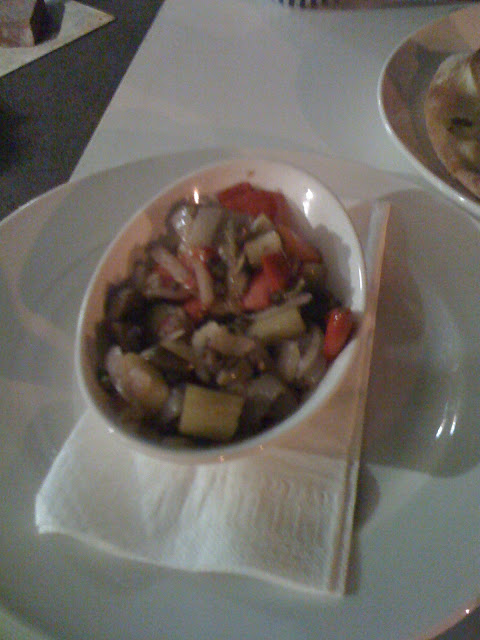 The Smiling Assasin could have done with a bit more heat, but the hint of lemon was delightful. We both love broccoli so that was a no-brainer, but the sausage was nigh on perfect.

There wasn't much of a gorgonzola hit with the Teddy, but this pizza repaid in flavour with each successive slice consumed. 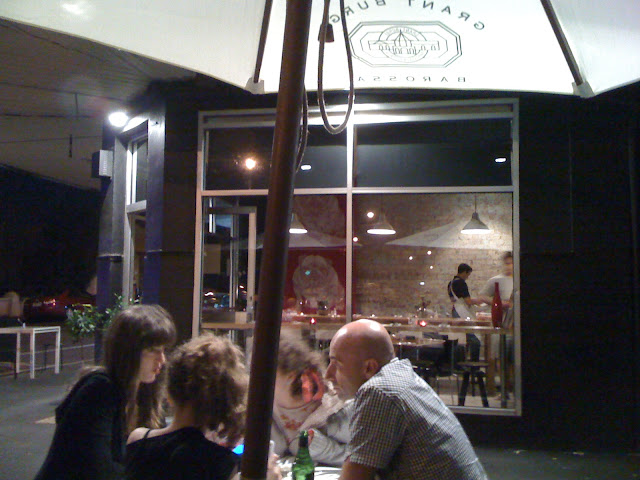 So its not the most obvious of settings, but its a welcome addition to an area that is fast becoming the Fitzroy of the West ... now if we could only convince someone to open up a Malaysian in Footscray, I don't think we would ever leave!
Posted by Temasek at 22:47